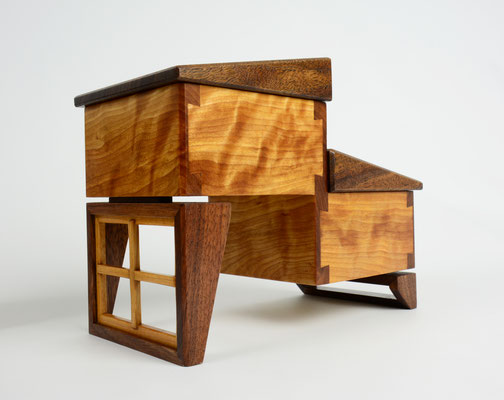 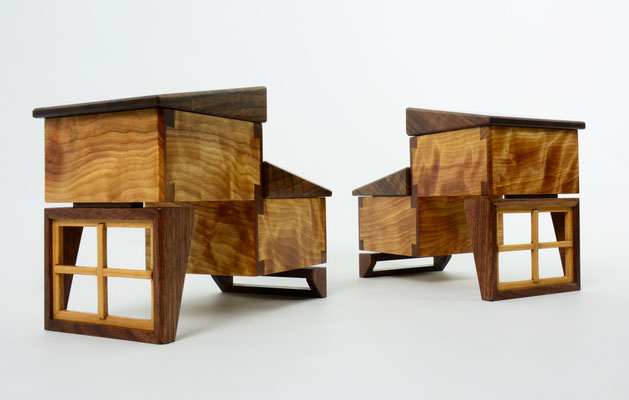 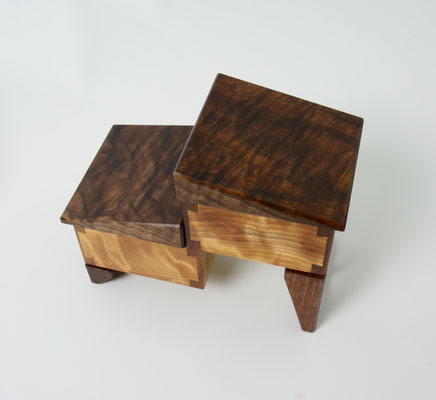 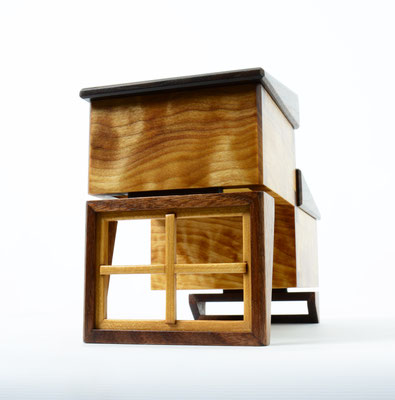 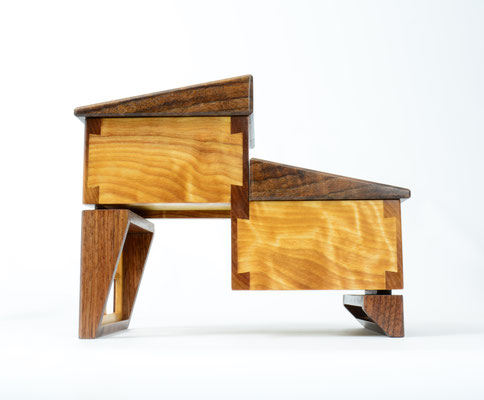 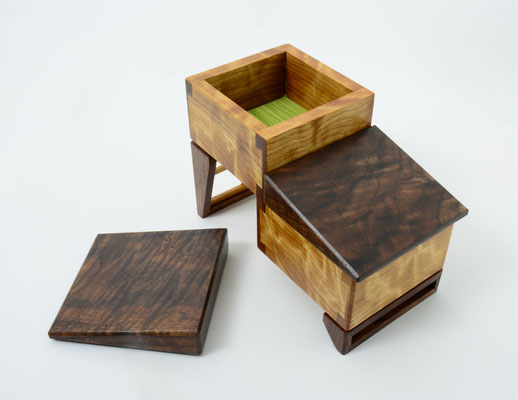 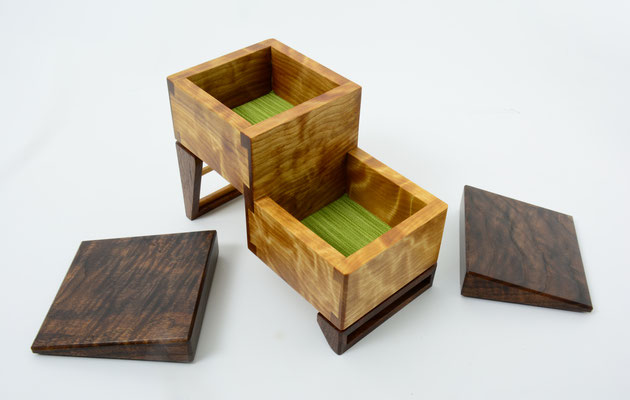 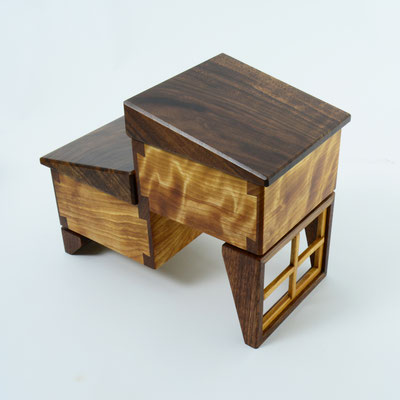 The idea of a double compartment box that shared a common wall had bounced around in my head for a while. Once I related the idea to a classic architectural design I knew I had to start creating it. That was the beginning of the “Split Level” box.

The main body is made from some very curly birch. I paid very close attention to how I was cutting the board up so that the upper and lower box pieces grain would line up with the main middle piece once assembled. Even though it is a blind dovetail joint I wanted the grain to flow as good as possible. I did use a router to create the dovetails. A part of that work was a climb cut on the router so a feather board system had to be used.

The legs are made from black walnut. The window portion on the main leg is made from hard maple. It is made as a floating panel. The leg spacers are black walnut also. They are actually “+” shaped so they act as a spacer and a tenon at the same time.

The roofs are made from figured black walnut. The grain runs through them also which is seen when you place them next to each other. All edges of the roof have been chamfered with a block plane to match chamfers on the main body and legs.

“Split Level” is lined with a funky green fabric. I was envisioning a shag carpet when I chose it. “Split Level” is 8” x 4.25” x 6.75”. It has been finished with four soakings of Danish Oil and two waxings.

Please contact me if you're interested in purchasing this piece.  There are two signed and numbered boxes available.