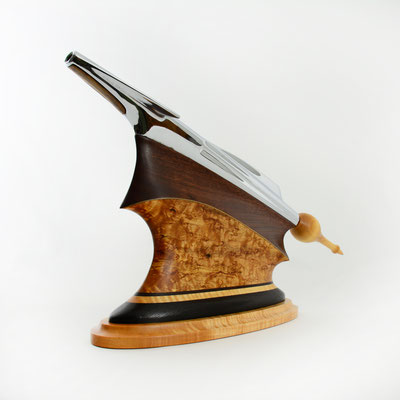 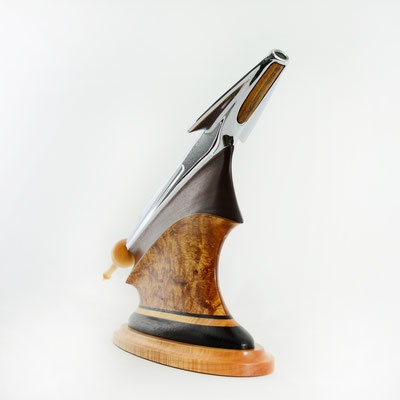 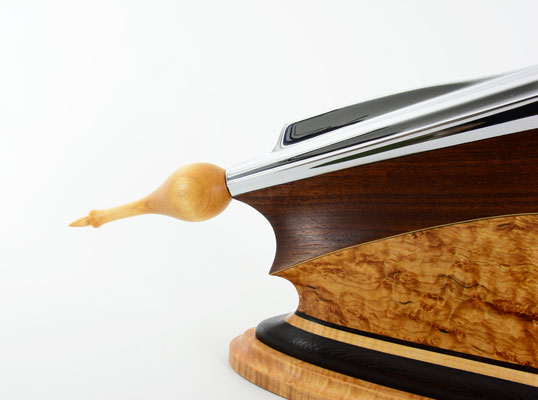 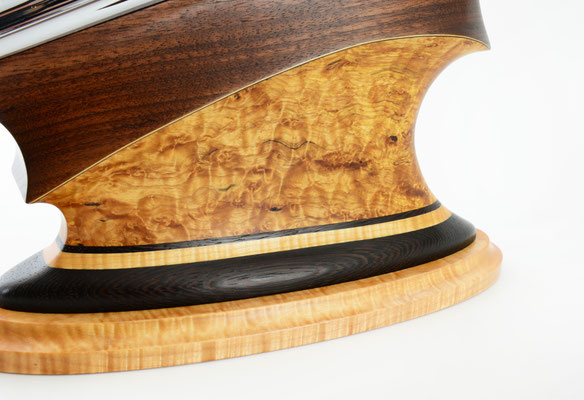 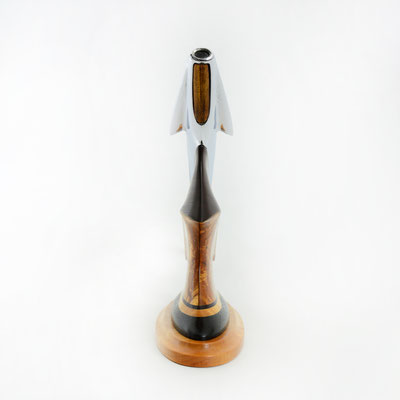 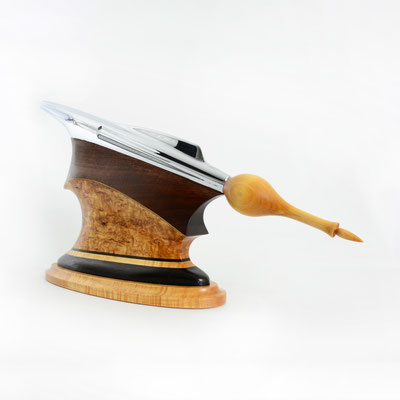 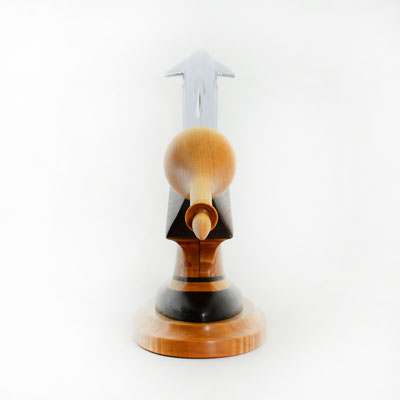 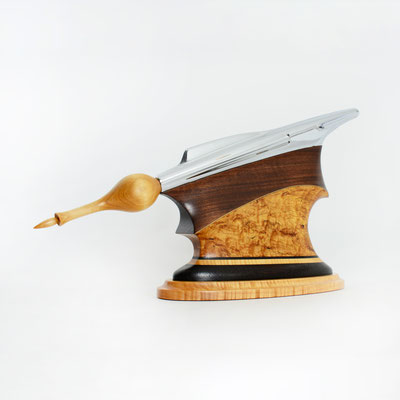 I just can’t get enough of these beautiful vintage works of art! The next hood ornament that caught my eye is from a 1958 Oldsmobile Rocket 88. I wanted to do a sculpture that really made it come alive. The name came from the fact that the actual Space Race was going on when this car was manufactured.

The main portions of the body are made from Black Walnut and a crazy spalted, quilted, birdseye maple. The two woodS are separated with a three piece stack of a black veneer and a maple veneer. The base pieces are curly maple and Wenge. The black walnut was carved to perfectly match the curvature of the hood ornament. There is not a flat portion to it except for the bottom. Lots of carving with Foredom/burr bits and then final shaping was done with rasps. It starts as a point at the front and opens to a flat portion towards the back end. This shape represents high speed to me.

There was a cavity under the nose of the hood ornament that I thought looked better filled. I carved a piece of Shedua to perfectly fit in the cavity and share the same curve as the nose.

The rocket blast was turned out of a piece of hard maple. I carved the end to fit into a slot on the back of the hood ornament. I made sure that when I attached it the grain was running in a way that accented the whole piece.

“88 Space Race” was finished with five soakings of Danish Oil and two waxings. 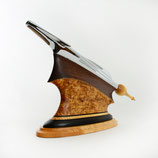