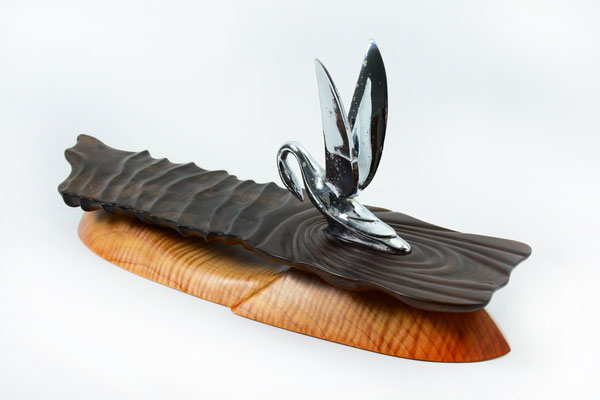 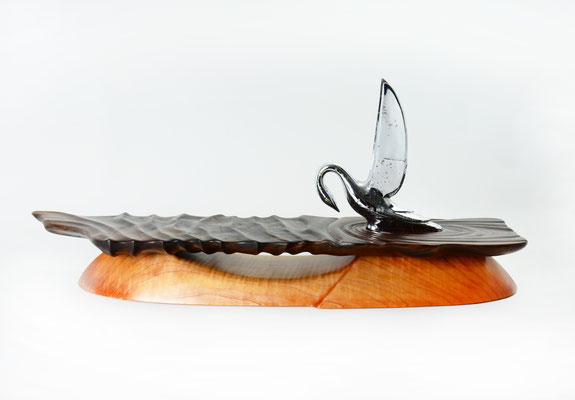 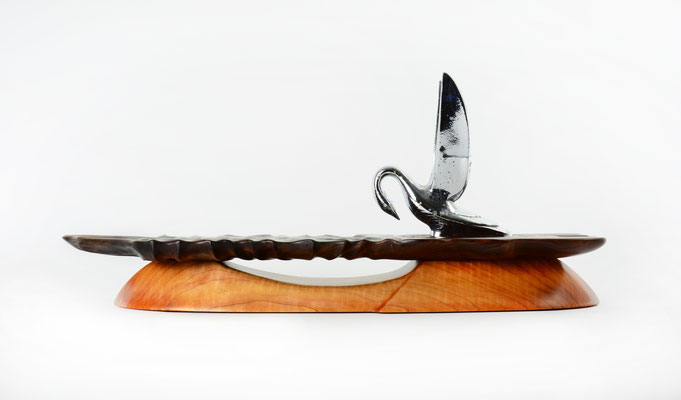 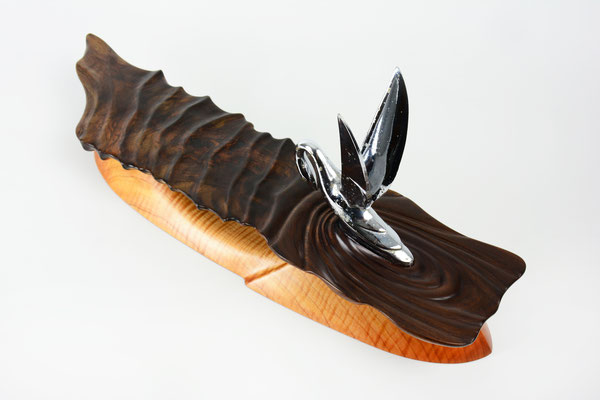 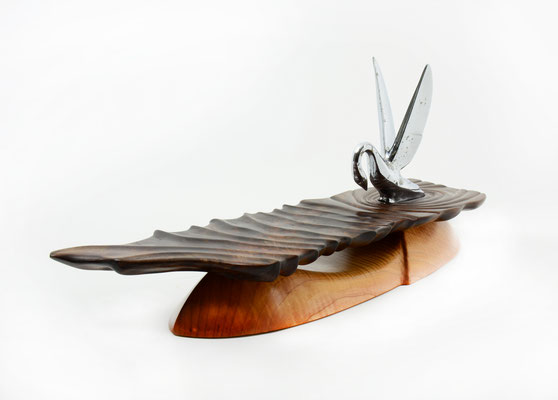 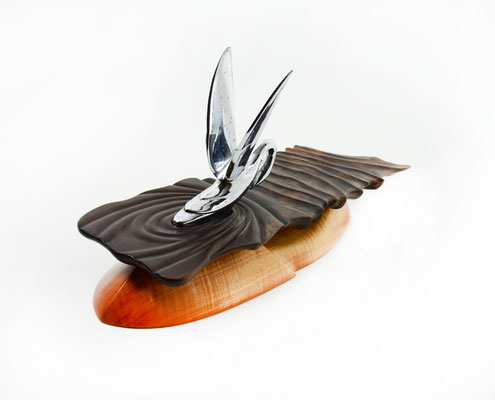 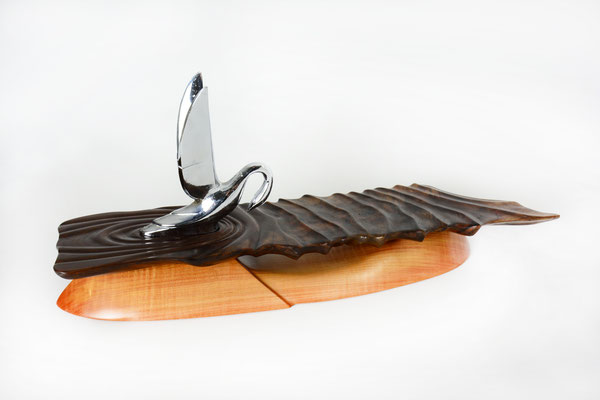 Since creating the last hood ornament mount I have become hooked! Taking something from the past and making it come alive is addictive. “Grace” is the newest piece. It is a 1942-50 Packard hood ornament. You can call it a swan but after some research it was claimed to be a cormorant (I still think its a swan). I just call it a great estate sale purchase.

The top was made from a flame crotch cut of black walnut. I went through my entire pile of wood to find the piece whose grain accented the piece the most. I carved a mounting location into the top for the ornament and used the mounting holes to create two dowel pin attachment points. I sketched on the wave pattern paying close attention to the grain and then carved all the waves using a Foredom, Dremel, riffling rasps and riffling files. I filled two knot hole areas with epoxy. I just wanted to capture as much movement as possible…like it was coming in for a landing or speeding up to take off.

The base was made from curly maple. Once I had the ornament mounted on the black walnut I placed that onto the basic base shape. You will notice in the second picture how I tied in the curve of the swans back with the curve of the base. I also followed the curve of the wings with a carved out section in the base. The curly maple also acts as the “shimmering” water under the waves. You can see that more when you walk past it. I used a bandsaw cabinet rasps to shape the base.

I finished “Grace” with four soakings of Danish Oil followed by two wipings of wax. Thanks for looking! Time to make more sawdust.